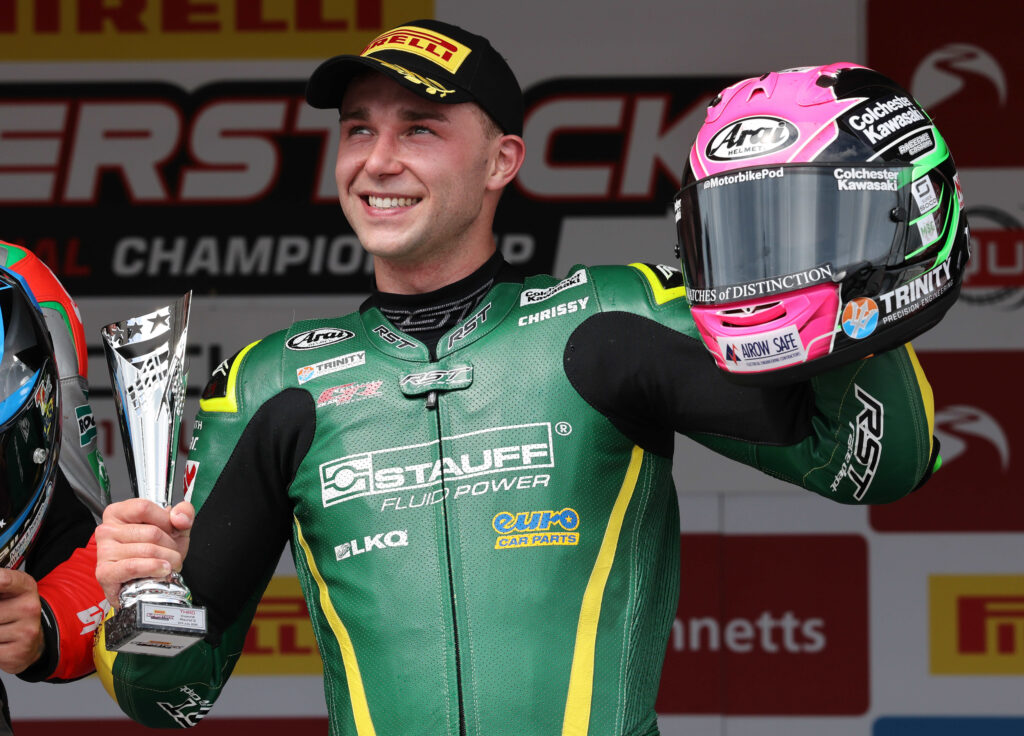 GEORDIE maths teacher and podcast host Chrissy Rouse got his Pirelli National Superstock championship defence up and running as he banked two third places at Knockhill.

The 2020 champion arrived at the Scottish track – widely regarded as his local – eager to get points on the board following a bad start at Oulton last month.

Qualifying in eighth position for the opening race, he made a lightning-quick start from the third row and launched his GR Motosport Kawasaki straight up to third. 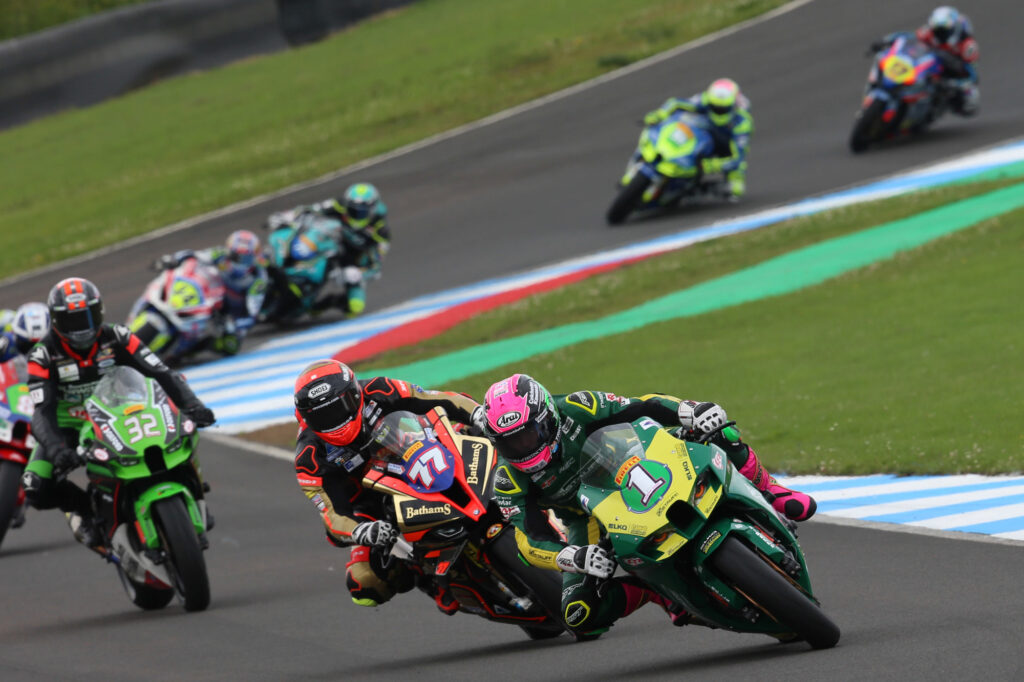 As the pack jostled for positions over the opening few laps he dropped back a few places but was soon back up to third.

When Lewis Rollo passed him on lap 12, Rouse was determined not to let him go and stayed on his back wheel for several laps before making a move on lap 19 and holding the spot to the chequered flag to bank his first podium of the year.

Less than three hours later he back on the grid for race two, this time lining up in third position on the front row. Another flying start powered him into the lead before turn one and he led for the opening few laps.

After being passed by Rollo, he settled into second for a handful of laps. By now, Taylor Mackenzie had made his way to the front and when he crashed out on lap 11, Rouse took the lead once more.

But he was unable to fend-off charges from two other riders and dropped to third with two laps to go and held the place to the finish line to claim his second third place and podium of the day. 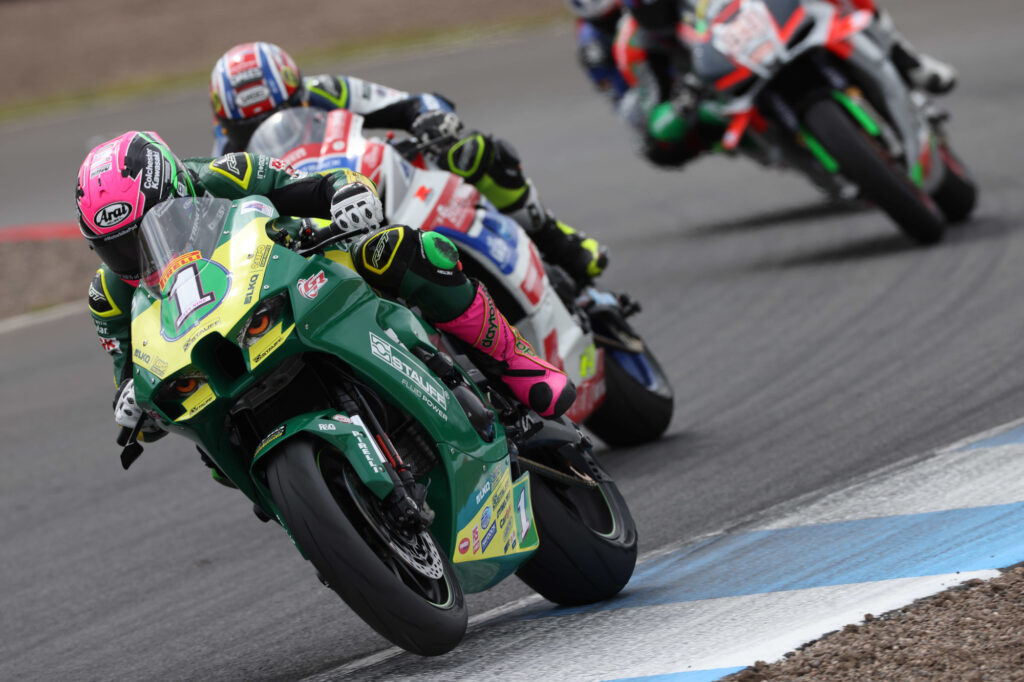 “Overall, I’m really happy with the weekend up at Knockhill,” he said. “To get some solid points for the championship and move up to third in the standings is just what we wanted after Oulton.

“There are lots of positives to take. I feel we are improving the bike all the time and my starts have been ace, going from eighth to third in Race One and third to first in the second.

“It was great to lead for a good chunk of the second race, getting some good TV coverage for all of our sponsors, but I didn’t have enough to challenge for the win in the closing laps.

“Truthfully, there were around 15 riders who had almost the same pace this weekend so to come away with 32 points,  I’m well happy with that. Big thanks to everyone who has sent nice messages and now on to Brands Hatch in two weeks’ time.”

As a result of his two podium finishes, Rouse has now moved to joint third in the championship on 32 points and will be back in action for two more races at Brands Hatch over the weekend of July 23-25.