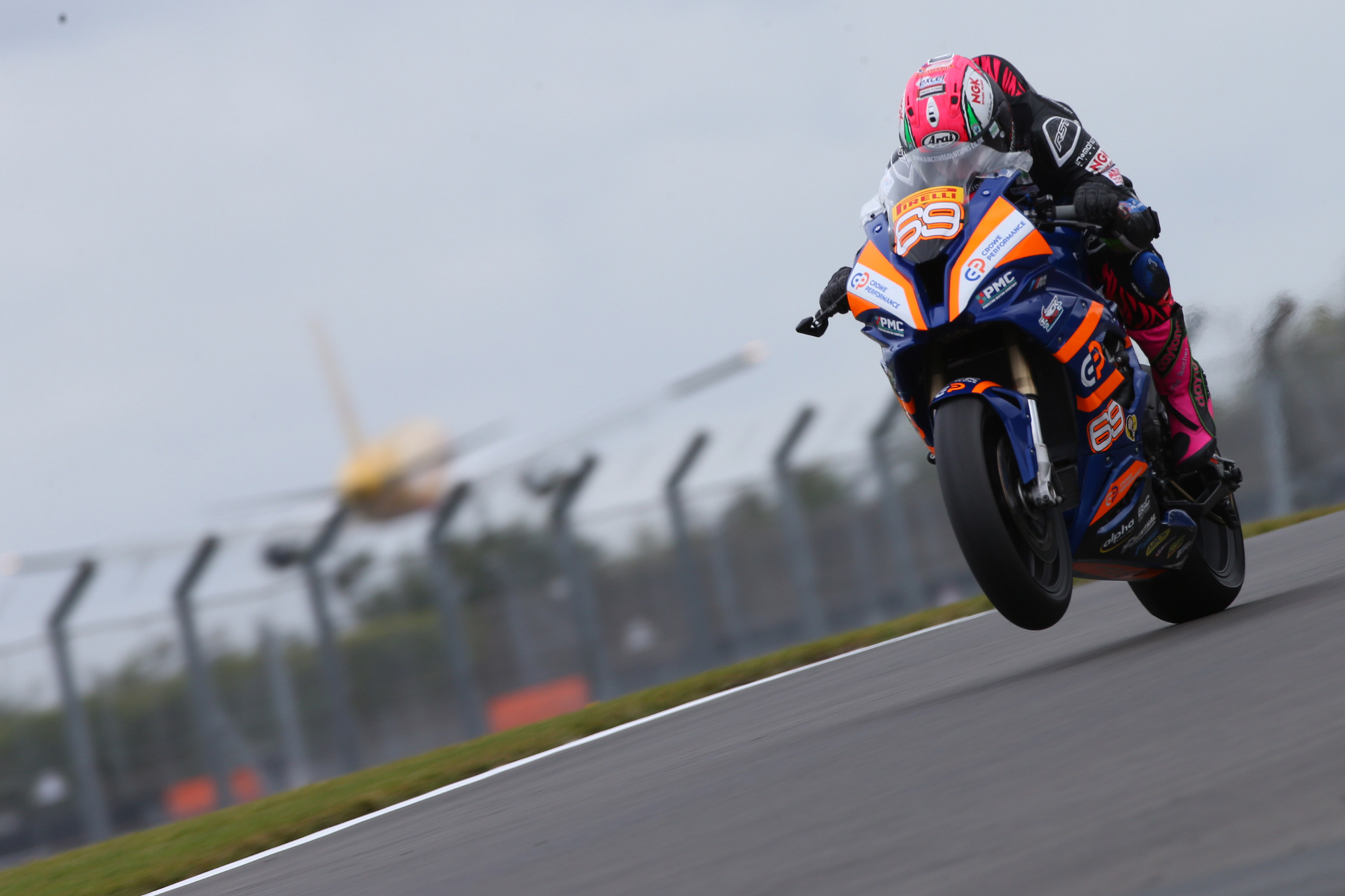 CHRISSY Rouse battled through a tricky weekend at Donington Park to cling on to his Pirelli National Superstock 1000 Championship lead.

The maths teacher from Burnopfield, near Newcastle, will head to the final round with a 10-point advantage after riding around a few issues to bank two solid points finishes on Sunday.

As Rouse and the Crowe Performance Racing team headed to the famous track for the second time this season, the earlier part of the weekend was severely hampered by the weather.

Heavy rain forced the cancellation of most of Saturday’s action which meant no qualifying, so grid spots for Sunday’s opening race were determined by times set in free practice.

The wet weather continued into Sunday morning as Rouse lined up sixth on the grid. Getting a good start he was quickly in the mix as he tackled his first wet race on the BMW and despite leading some of the earlier laps, he settled for a sensible points haul as he crossed the line fifth.

Race two was held just a few hours later and this time he struggled with chatter and a brake problem. But the Geordie battled on and rode through the problems in another hectic race, taking a well-deserved fourth after a race-long struggle.

“It’s been a tricky weekend all in all,” he said. “The first race was wet so I had to be sensible. It was my first wet race on the BMW and I learnt a lot of lessons from it for if we have another one.

“The second race was much harder. I had a really bad chatter issue entering both hairpins which was costing me loads of time. I was also struggling with a bit of brake fade issue which was possibly linked to the chatter. It was a massive distraction and caused me to keep running ride and missing my apexes.

“I spent a lot of time adjusting my lever and it ended up costing me. I rode around the issue as best I could and despite falling back to fifth I fought back on the last lap to get back up to fourth. The results weren’t ideal but sometimes in racing you have issues and you’ve just got to do the best job on the day.

“After the race we had a full engine strip and inspection so the team had a lot of work to do before we got to go home. These things cost a lot money and a lot of time and effort from everyone so I’d like to just thank everyone in the team for their hard work.”

Rouse, who had a 27 point lead before the weekend, remains at the top of the championship with a 10 point advantage over rival Tom Neave, with just one race remaining.

“I really dug deep in both races to get as many points as possible despite struggling for pace and I’m really pleased to have a 10 point lead in the championship with one race to go,” he added.

“It’s been a fabulous season so far of ups and downs and I think it’s fitting that the championship battle is going down to the final race of the year at one of the best circuits in the UK.”