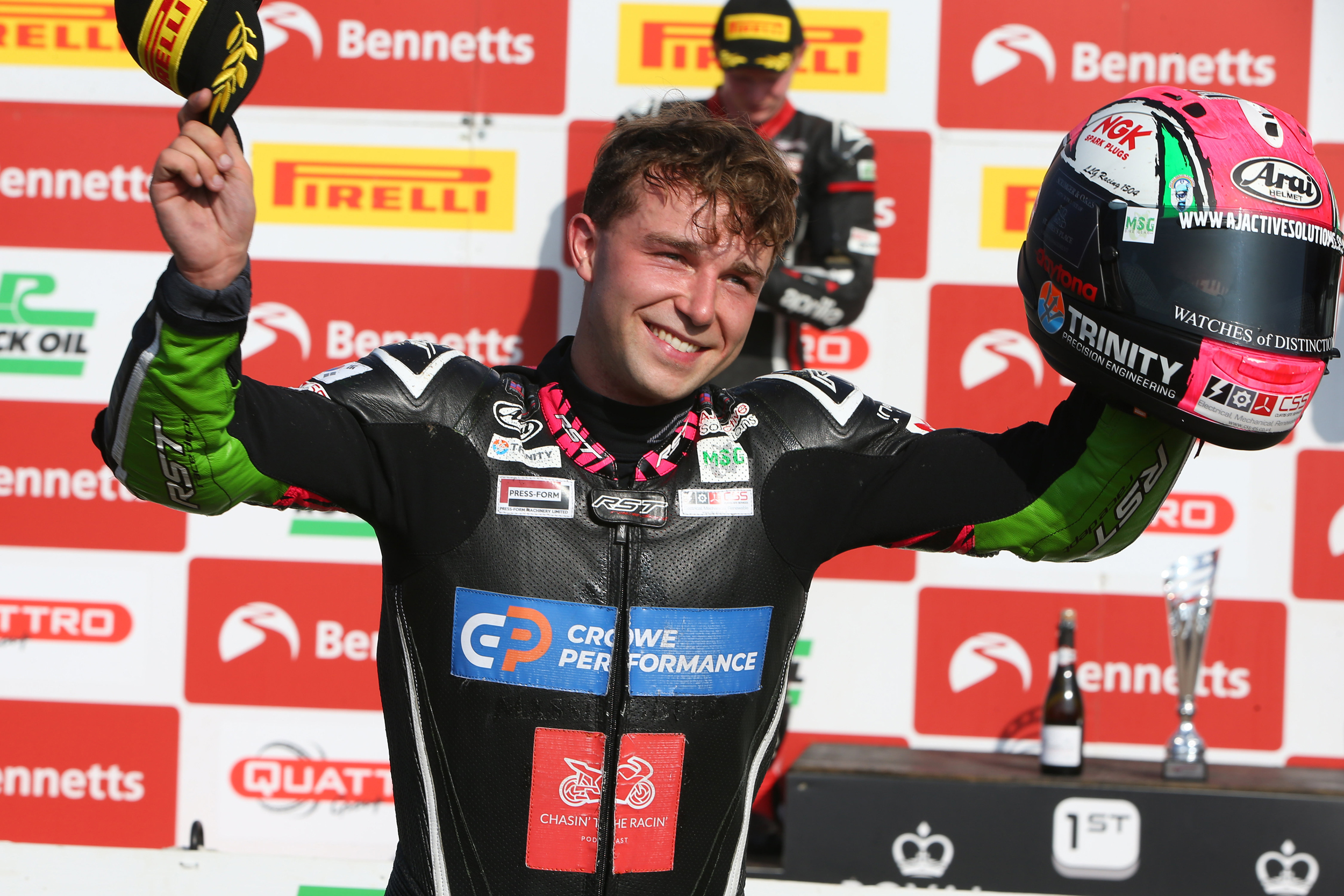 CHRISSY Rouse has taken the lead of the Pirelli National Superstock 1000 Championship after a win and a second place at Oulton Park.

The Geordie maths teacher now has a 27-point advantage over Tom Neave in the title chase after riding through technical issues to finish second on Saturday before powering to victory on Sunday.

Aboard the Crowe Performance BMW S1000RR, Rouse had been the dominant force for much of the weekend, topping the timesheets in both free practice sessions and qualifying on pole for Saturday’s 14-lap race.

After a quick start he led into the first corner and had almost half a second over Lewis Rollo by the end of the opening lap, as the pair quickly edged away from the pack.

But he suffered a mechanical issue on lap four which forced him wide and he dropped back to third behind Fraser Rogers.

However, he was quickly back up to second and had clawed back almost two of the three second lead Rollo now had when the same problem hit and once again he dropped back to third.

Again he managed to grab back the place on the penultimate lap, finishing second to Rollo and taking 20 valuable points to move ahead of Neave in the championship.

Sunday’s race, however, was much more straightforward. Starting second on the grid he tucked-in behind Rollo into turn one and moments later took the lead at the chicane.

From there he was never troubled. Although Rollo and Rogers were never too far behind they never get close enough to even consider a pass, as Rouse enjoyed a comfortable race out in front to eventually take his second win of the year, almost two seconds ahead of runner-up Rollo.

The 25 points boosted his championship lead and with main rival Neave having a difficult weekend, Rouse has now built a healthy 27 point lead with three races left to run.

“It’s been an amazing weekend, to have such great results and come away with a large championship lead is just brilliant,” he said. “On Saturday it turned out we had a problem with the shift cam sensor so I was really happy to get a second place despite such a technical issue.

“To get the win on Sunday was just the perfect ending to what’s been a fantastic weekend. I’d had four seconds on the trot so I was getting a bit fed up of those, so to be back on the top step meant the world.

“Once again, I need to say a huge thank you to Phil and all the Crowe Performance team. From the minute we arrived the bike was brilliant and it was superb all weekend. There’s just three races left this year and we leave here in a really strong position.”