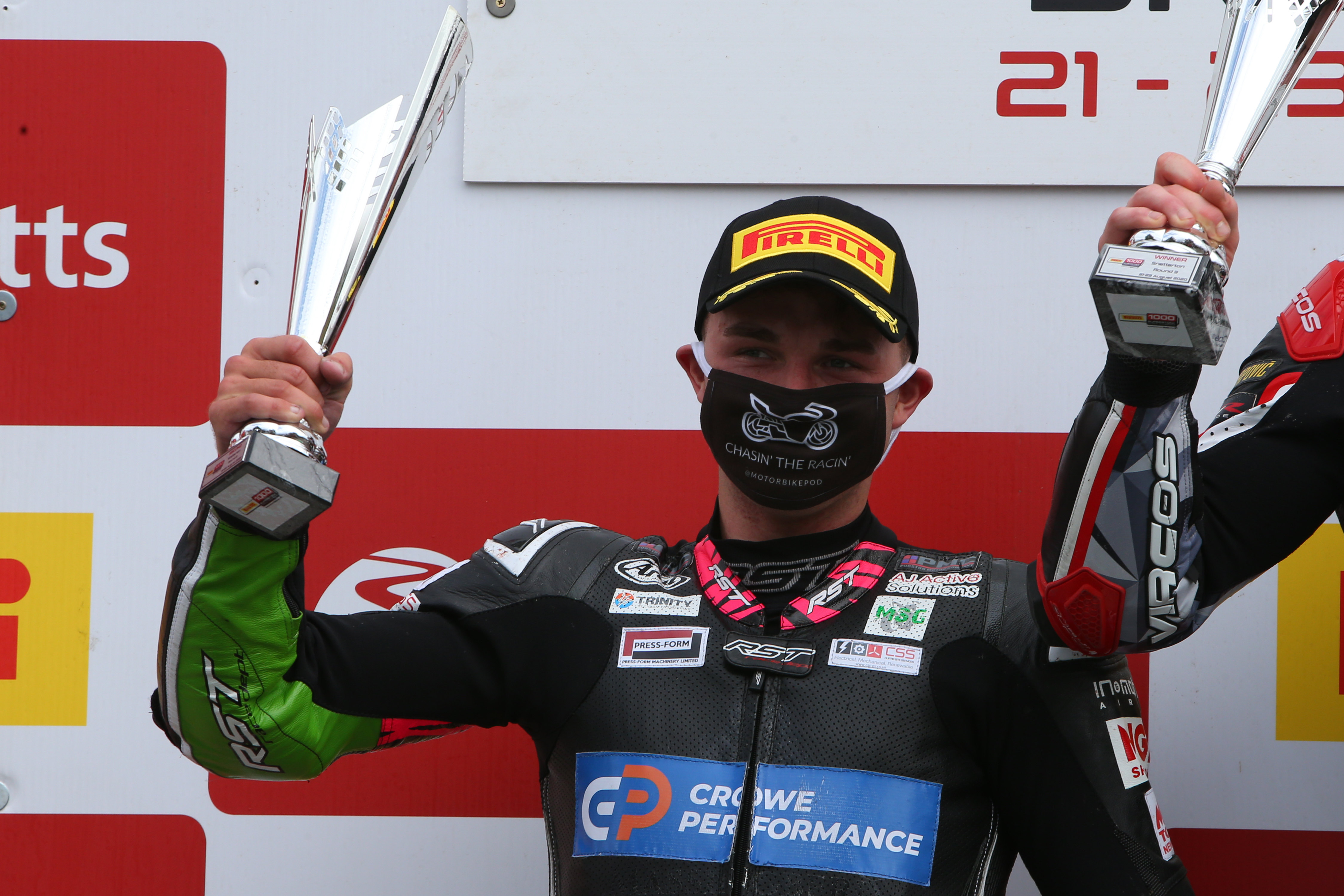 CHRISSY Rouse remains in a strong championship position after storming to second place in the third Pirelli National Superstock 1000 Championship race of the season at Snetterton.

The Geordie maths teacher narrowly missed out on the win in Sunday’s scrap at the Norfolk circuit as he crossed the line a mere 0.094secs behind winner Tom Neave.

And although the result means he drops just behind Neave in the title fight, it’s still very much all to play for now Rouse has what he believes is his worst track on the calendar behind him.

After qualifying second on the grid behind his Crowe Performance team-mate Matt Truelove, Rouse got a strong start as the lights turned green for Sunday’s 12-lap race.

As the leading pack shook itself out, he slotted into third place behind Lewis Rollo and Billy McConnell but it took less than two laps for him to scythe through into the lead. 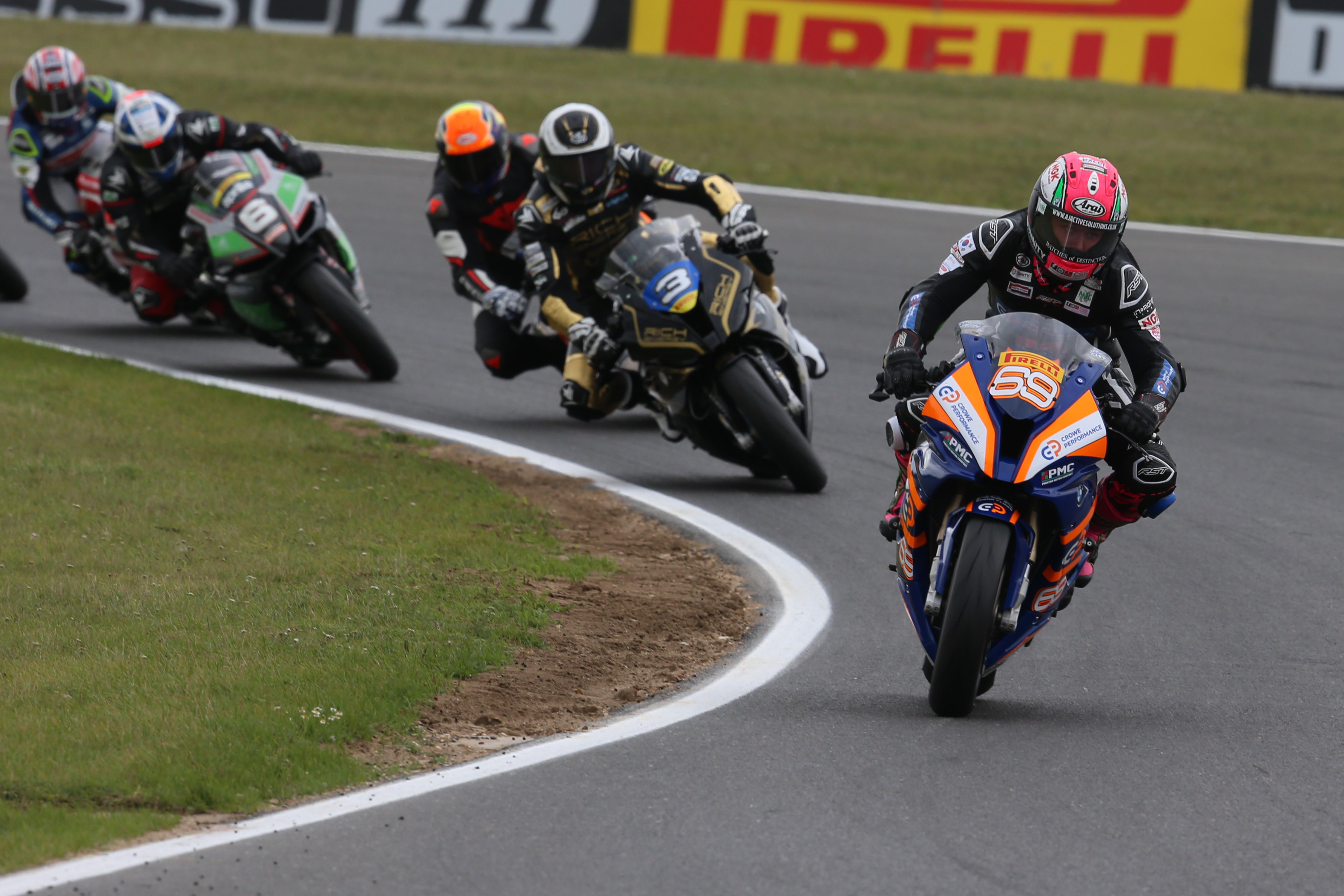 From there, he controlled the race all the way until the penultimate lap, when Neave found a way past. Rouse was determined to quickly take the place back, but made a mistake coming onto the last lap and dropped a tiny bit of time.

This was enough to keep Neave just slightly ahead as the pair powered to the line, as Rouse finished just behind his title rival. He now sits second in the points, just five points adrift of Neave.

“I’m reasonably happy with the result it was actually a really good weekend all in all,” he said. “It was a strange race in some ways because I was surprised that the pace I was setting was good enough to lead. I thought the pace was going to be hotter and I just chipped away, chipped away until Tom came past with two laps to go.

“I made quite a big mistake going onto the last lap and lost a load of time. Although I closed him in on the last lap, I wasn’t quite close enough to make a safe pass so in the end I had to make do with second.

“I’m happy enough with that. Snetterton isn’t one of my stronger tracks so I’m really happy to be less than a tenth off the win. It was another front row, another podium and plenty of points for the championship and a great weekend for Crowe Performance.”