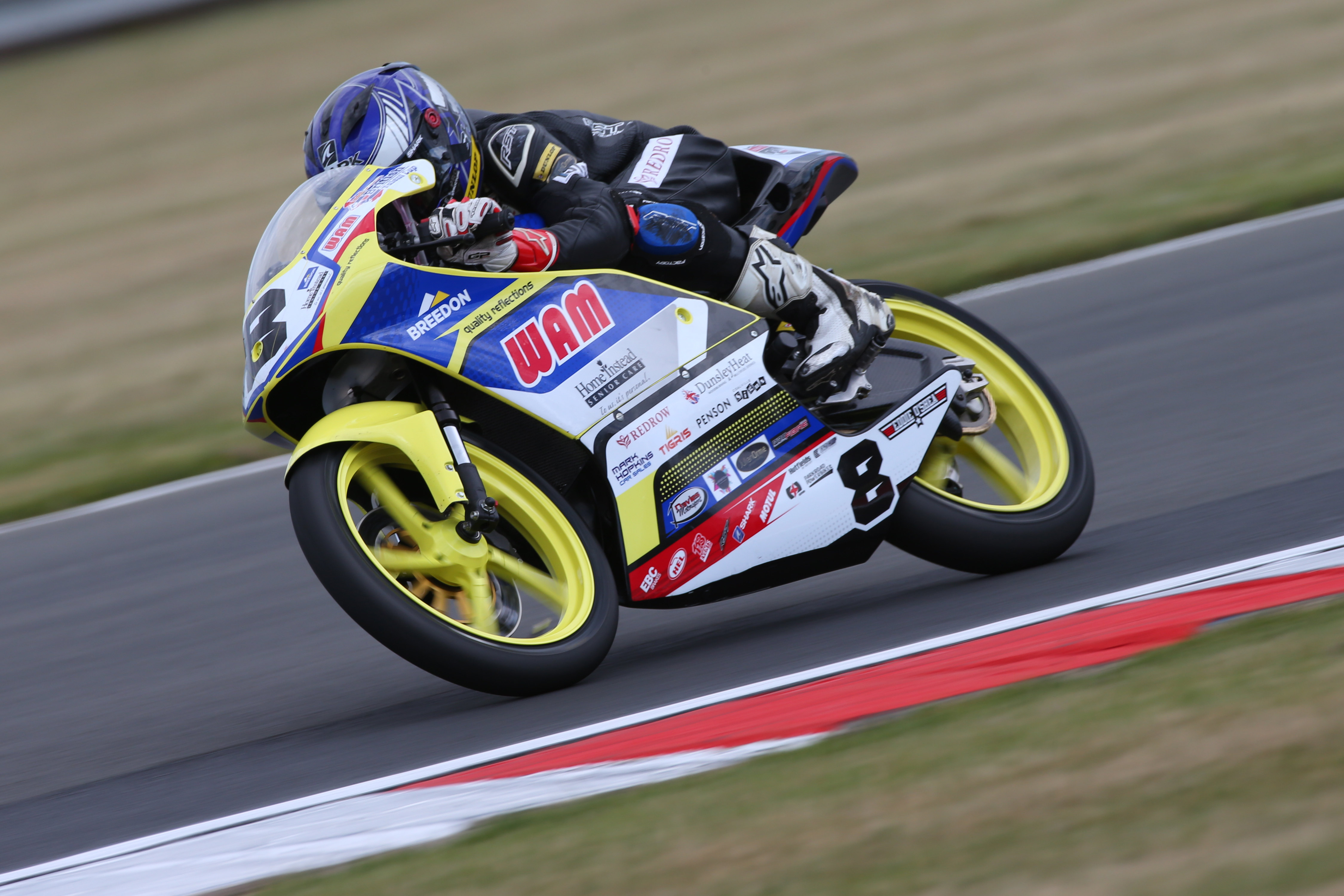 TEENAGER Eddie O’Shea overcame a tough start to his first race weekend of the year by storming to two fifth places in the Honda British Talent Cup at Donington Park.

The 13-year-old from Leicestershire leaves the opening round sitting fifth in the championship after a difficult weekend with three engine changes to his WAM Honda at the iconic Derbyshire track.

As the new-look BTC roared into action with free practice on Friday morning, the youngster was keen to build on his lap times in pre-season testing, but disaster struck just two laps in when his new engine blew.

The team managed to borrow another and got him out for second practice, where he made up for the earlier disappointment by topping the timesheets with the fastest lap of the session.

Qualifying was next and O’Shea was eager to secure a front row grid spot for the first race but things took another turn when the bike began spitting out oil and he was black-flagged. 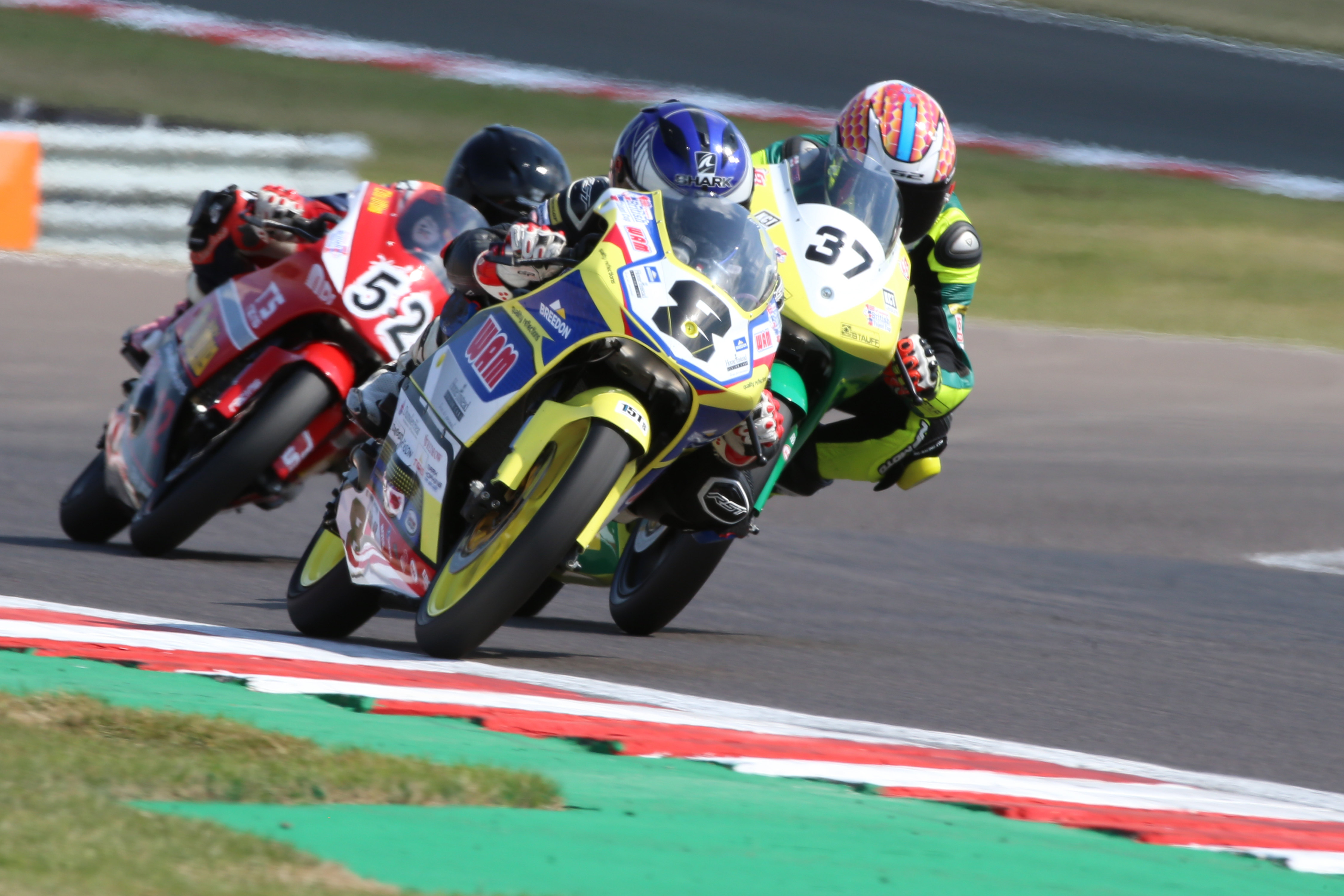 Despite qualifying eighth, he was penalised for not coming in quickly enough and handed a six place grid penalty, forcing him to start race one from 14th. After a strong start he quickly began to pick his way through the field, making up several places to finish the race fifth.

Sunday brought more drama, as the borrowed engine gave way during morning warm-up and Eddie and dad Seb were forced to borrow a third engine from friends in the paddock. After more hard work, the bike was finally ready for the race.

After the race was stopped a few laps in due to a crash, the grid reformed for a restart over a 10-lap sprint with O’Shea lining up fourth. After a good start he was holding fourth when he accidentally hit the kill switch and dropped back to 17th.

With just eight laps to go, he put his head down and began to sear his way back through the pack, picking off a number of rivals to finally reach fifth as the flag fell. 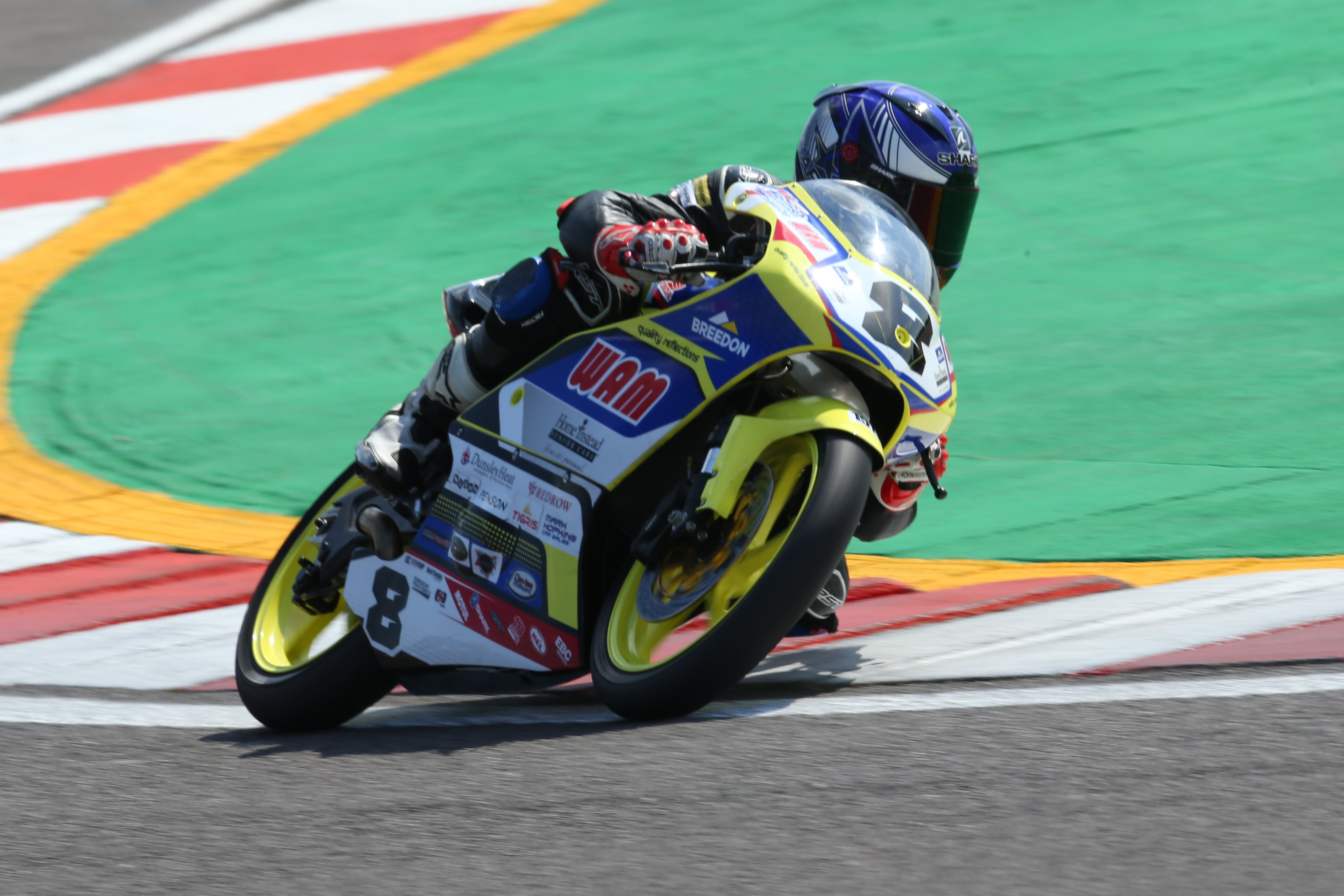 “It was only a 10 lap sprint and I hit the kill switch on maybe the second or third lap so I had to push fairly hard over those eight laps to get fifth, it was the best I could get,” he said.

“But I really enjoyed that second race. I was pushing as hard as I could the whole race, I enjoyed fighting my way through the pack. I’m disappointed with the fifths because I did want podiums this weekend, but nobody could’ve expected this with the engines.

“I’m now fifth in the championship and again, I’d have liked to have been higher up after the first round but it could’ve been worse. Two fifths, given the circumstances with the engine isn’t too bad. It’s not where I wanted to be but hopefully that’s the worst behind us and I’m just looking ahead to the next round.”

The teenager will be back in action for Rounds 2 and 3 at the Snetterton 300 circuit in Norfolk over the weekend August 21-23.